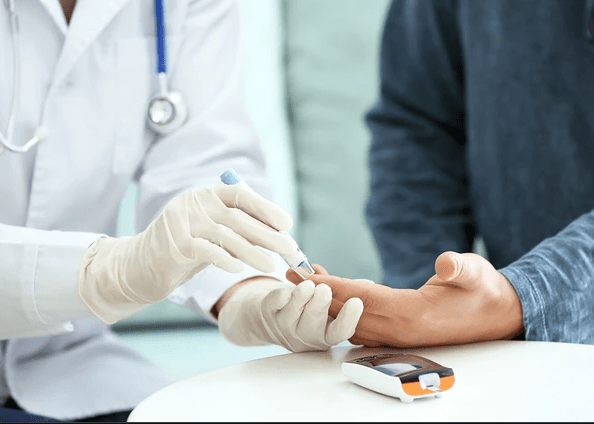 Posted at 09:00h in Uncategorized by Fertty International 0 Comments

Diabetes and infertility – how does it affect men and women?

This Sunday, 14 November, was World Diabetes Day, a disease that, unfortunately, more than 5 million people in Spain suffer from. This day was chosen because it was in 1921 that Federick Banting and Charles Best discovered insulin. Taking advantage of this date, we would like to talk to you about the relationship between diabetes and male and female infertility.
Diabetes is a disease caused by a low level of insulin (a hormone that regulates blood glucose) produced by the pancreas, which is insufficient for the body. When too little insulin is produced, the blood sugar level rises and becomes too high. This symptom can lead to serious health problems, such as heart disease, cardiovascular disease, kidney disease or damage to the eyes, nerves, teeth or feet. It is therefore important to control this disease.

There are three types of diabetes:
Type 1 diabetes is where the body does not produce insulin because of a problem with the immune system, which attacks and destroys the cells of the pancreas. Therefore, people affected by this type of diabetes must take insulin every day.

Type 2 diabetes is when the body does not produce insulin or does not use it correctly. It is the most common type of diabetes and usually occurs in middle-aged and elderly people, although it can also occur in childhood.

During pregnancy, women should have pre-meal levels of 95 mg/dl or less, one hour after eating 140 mg/dl or less, and two hours later below 120 mg/dl.

How does diabetes affect female fertility?

Poorly controlled diabetes can cause long-lasting hyperglycaemia, which can lead to other diseases or problems in achieving pregnancy. Obesity or insulin resistance can alter the ovulation process or cause amenorrhoea, making it difficult to fertilise an egg and achieve pregnancy.
In this way, untreated diabetes can lead to:

However, it is possible to improve the fertility of a woman with diabetes by adjusting her weight to a BMI of less than 25, monitoring her glucose levels, exercising regularly, eating a healthy and balanced diet, and avoiding tobacco, alcohol and drugs.

In order to control diabetes in men, it is necessary to follow the guidelines we have recommended above (controlling weight and glucose levels, etc.). A man with diabetes can have damage to the testicles, as well as to the quantity and quality of sperm.
How can diabetes affect male fertility?

If you suffer from diabetes and you are unable to achieve the desired pregnancy, do not hesitate to contact us, so that we can see what problems are preventing fertility and how we can solve this problem. We will control the disease and give you the ideal solutions and recommendations so that you can achieve your dream.

Bet on the best, bet on our fertility clinic!