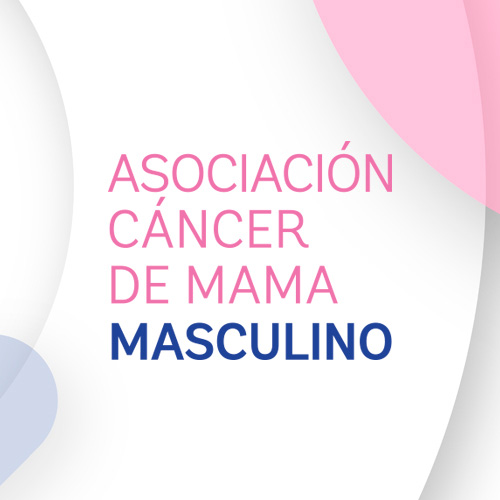 Posted at 10:21h in Uncategorized by Fertty International 0 Comments

The man with breast cancer for us is Marius Soler, good friend, founder and director of the INVI Association. From Reproclinic, we would like to thank him for opening our eyes to male breast cancer. And not for the fact that we were unaware of its existence, since we have even diagnosed a case in our andrology practice!

Thanks to Marius for making us understand that the andrologist is the first link in the chain for diagnosing breast cancer in men and, above all, for helping us to understand that male breast cancer is a different pathological entity to that of women and that, therefore, it deserves its own nosological classification.

Marius has had to fight against breast cancer. A pathology that is not socially associated with men, but which is more common than we imagine. Obviously, he has gone through very hard and difficult times, and also uncomfortable situations, but far from letting himself be discouraged, he set out to fight the disease with optimism and tenacity.

Marius was not satisfied with just fighting to be cured; he looked in the mirror and said to himself “take advantage of this challenge to do something transcendent”.  This is how this complex journey of a restless and nervous man began in the waiting room of a clinic, surrounded by women waiting to have a mammogram, and which has become INVI, a contagious adventure to which we are adding friends and in which we are multiplying our energy, with the aim of providing more tools, more resources and more knowledge to fight this cancer and increase the chances of survival with more effective treatments, and above all (and this is our role from the andrology clinic), to improve the mechanisms of early detection and conscious prevention.

About the mammary gland and male breast cancer

Men have mammary glands, although they are not naturally programmed to produce milk, unless certain circumstances modify their functionality (pituitary tumours, oestrogen treatment, hormonal imbalances linked to ageing, or stimulation of the gland by suction or aspiration, as this action produces an increase in prolactin secretion). Thus, the male breast is made up of fatty tissue, but also of glandular tissue, a network of lobules containing tiny alveoli connected by ducts that lead to the nipple.

About 2% of breast cancer cases diagnosed worldwide are male. Most cases are ductal carcinomas. This means that the disease starts in the ducts that connect the different alveoli and are usually invasive, as they originate inside the duct, they are more easily distributed throughout the gland and, if it crosses the wall of the duct, it develops in the surrounding breast tissue.

When breast cancer is diagnosed in a man, it is usually at an advanced stage. This is mainly due to social ignorance about the existence of male mammary glands and therefore also the possibility of developing cancer.

The INVI Association is the first nationally to focus its energy and resources on raising the profile of male breast cancer, making it known, contributing to its prevention and early detection in order to make effective treatment possible.

It accompanies affected patients and their environment on the path of their disease, surrounding them with an empathetic ecosystem that helps them to adapt and overcome the disease. INVI is also committed to research in prevention, diagnosis and treatment, publicising scientific advances, their evolution and results.

Role of the andrologist

The andrologist is a man’s gynaecologist; the doctor who specialises in the care of male sexual and reproductive health and, therefore, also in endocrine problems derived from sex hormones. Our obligation is to take advantage of the andrology consultation to carry out an examination of the mammary glands and teach breast self-examination to men who come to Reproclinic. In this way, we prevent and diagnose the pathology early. In addition, we believe that andrologists must raise awareness among the population that male breast cancer exists, give it the visibility it needs and ensure that it is recognised as a different pathology to female breast cancer, with different and specialised therapeutic protocols.

The objectives of the collaboration between the INVI Association and Reproclinic are:

We hope with all our energy that this collaboration will bear great fruit by making male breast cancer more visible and helping to detect cases that would otherwise have remained hidden. If you are concerned or would like to be screened, please do not hesitate to call us.